The United States of America has lifted visa restrictions imposed on Ghana in February 2019.

According to the US, the decision to lift the restrictions imposed on Ghana follows the establishment of a mutually agreed process for the identification, validating and issuance of travel documentation to Ghanaian citizens under final orders of removal in a manner consistent with international standards issued by the International Civil Aviation Organization, of which Ghana is a Member State.

The US imposed the visa restrictions on Ghana in February 2019 after the West African nation refused to accept the return of 7,000 Ghanaian nationals that it wants to deport.

The US embassy in Accra limited the awarding of visas to certain applicants, such as the domestic staff of diplomats posted to America.

In 2018, Ghana had questioned the deportees’ nationality and treatment.

But in September that year, the country’s ambassador to the US, Baffour Adjei-Bawuah, was quoted by local media as saying that an agreement had been reached to return the deportees.

The US accused the 7,000 deportees of being guilty of immigration offences, including abusing the terms of their visas. 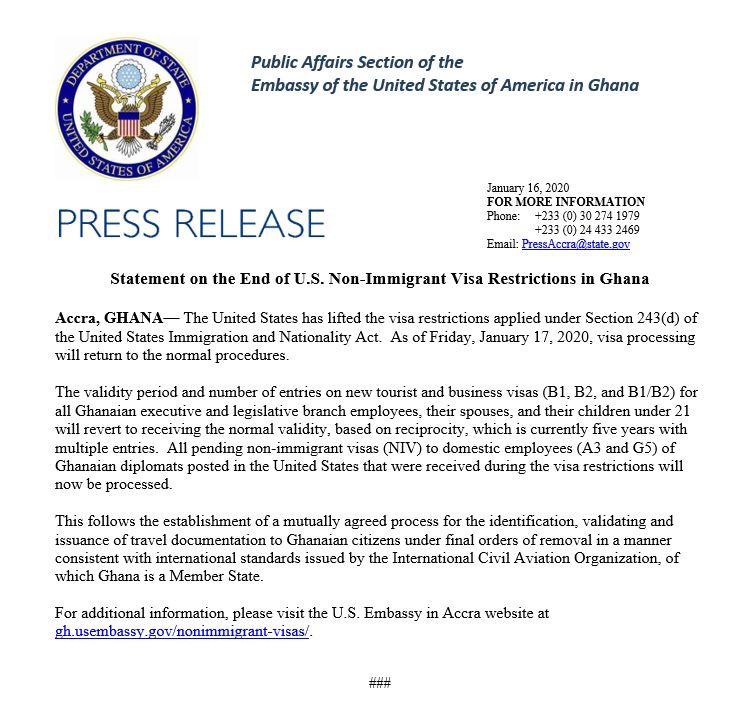